How failing to consider intersectionality affects immigrant women in the workplace 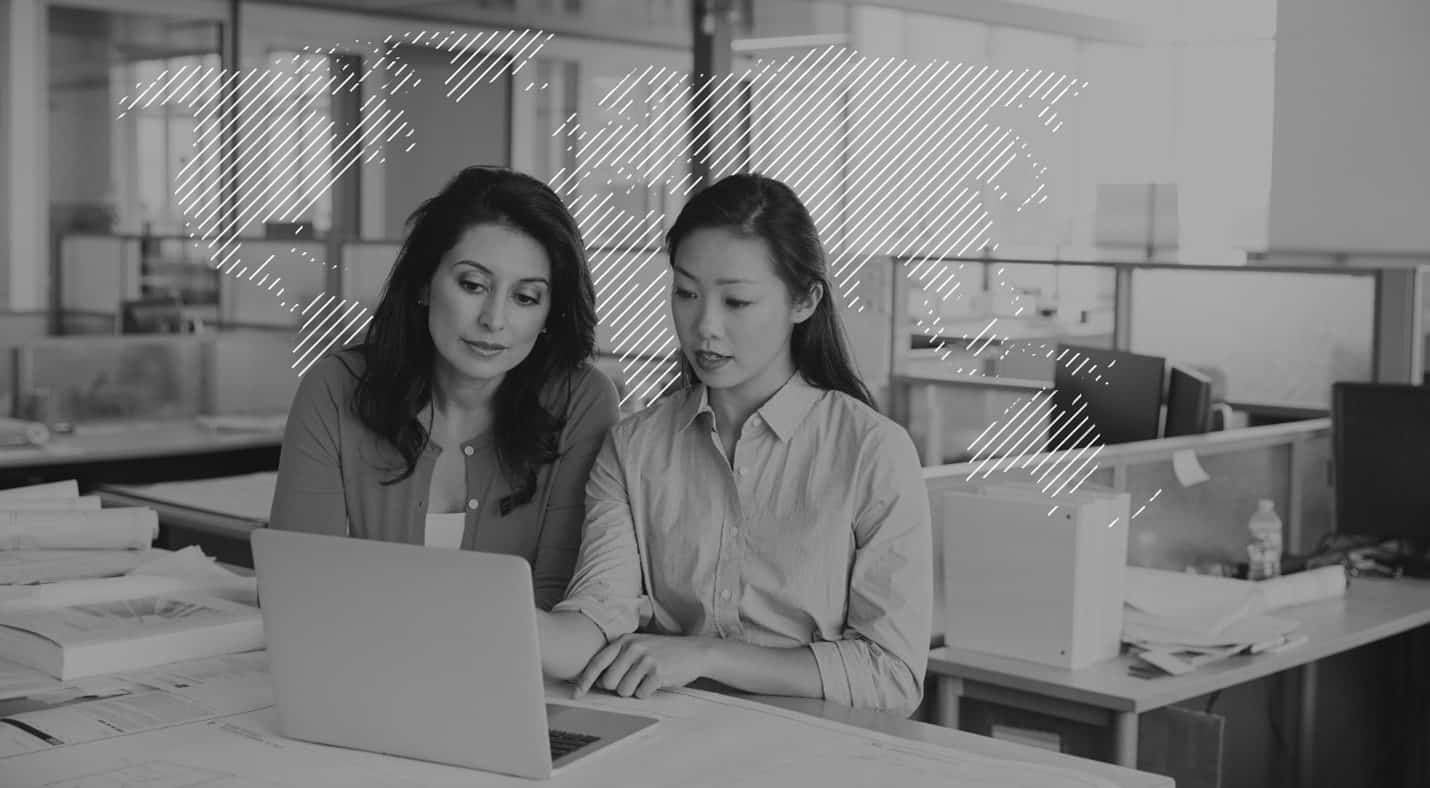 Canada wants highly educated immigrants and has been more successful than other countries in attracting them. On average, immigrant women, for instance, have higher levels of formal education than Canadian-born women. However, when immigrant women arrive in Canada, they are confronted by a labour market that is unprepared to make use of their skills and talents.

In a study involving 365 immigrant women professionals in the Greater Toronto Area (GTA) released by the Toronto Region Immigrant Employment Council (TRIEC) earlier this year, 65% of those surveyed were found to have at least a master’s degree and, on average, had 8 years of work experience on arrival. Yet nearly half took more than six months to land their first job, and, to do so, almost 3 in 5 had to downgrade their qualifications. Surveyed immigrant women also had to accept unpaid work or internships to get “Canadian experience” (43%) and code-switch by changing or shortening their name (22%), adjusting their accent (15%) and altering their appearance (14%) to downplay their identity in a stigmatized group.

As part of the same study, TRIEC also surveyed 608 hiring managers and decision makers in the GTA, with the support of Forum Research. The majority said their organizations have an equity, diversity and inclusion (EDI) policy.

Why then do workplaces continue to fail immigrant women? The short answer is because they do not consider intersectionality.

Intersectionality shows how social identities (e.g., gender, race, ethnicity, immigration/refugee status, age, etc.) and the roles associated with them can overlap to create unique experiences, barriers and opportunities for each person. EDI strategies largely aim for gender balance. They support the recruitment and advancement of dominant-group women, but do not address the historical oppression of multiply marginalized groups that persist in our societies and reinforce workforce exclusion. Strategies that do not prioritize the progress of the most marginalized identities in the workplace are incomplete.

Immigrant women, especially those who are racialized, face considerable challenges to workplace inclusion. Particularly in this period of tight labour market conditions, employers must familiarize themselves with these challenges and then develop appropriate, organization-specific solutions to address them.

“I feel Canada is portrayed as a place that is open to immigrants but the job market isn’t that open … I had a hiring manager tell me that they know I am qualified for a higher role but they need to build trust in my abilities.”

The data paints a bleak picture. In the GTA, 36% of executives across all sectors are women, 14.5% are racialized, 6% are immigrants and 2% are racialized immigrant women. Two in five immigrant women professionals surveyed were in lower level positions than they held in their countries of origin and just 1.0% made it to the C-suite in Canada. Likewise, 26.5% of immigrant women professionals were in entry level positions, compared to just 4.6% pre-immigration. Additionally, about a third of surveyed immigrant women felt that their chances for promotion to senior leadership ranks were much worse than that of their colleagues.

Recruiting and advancing immigrant women, particularly those who are racialized, means including them at the highest levels of an organization where decisions are made. Bringing immigrant women in at levels below their qualifications and demanding that they constantly prove their worth is unacceptable. Research shows that greater diversity is associated with better business performance. The onus must be on organizations to ensure they leverage the full potential of immigrant women.

Bias and discrimination can show up in many ways in the workplace. About 3 in 5 surveyed immigrant women professionals experienced exclusionary behaviours in their day-to-day interactions at work (or “microagressions”), for reasons they primarily attributed to their language or accent (34%), immigrant background (27%), race (24%) and gender (14%). Though immigrant women are not a homogenous group, many of them navigate similar stereotypes in the workplace. Some interviewees explained how they have been labeled as “too aggressive” — a characteristic accepted of men but not of women in the Canadian workplace. Others faced regular comments about their English skills, are interrupted or talked over in meetings and have had their judgement questioned.

Similar to negative, stereotypical feedback, vague feedback also does not help immigrant women enter or advance in the labour market. Several interviewees noted that hiring managers often “ghost” candidates or struggle to give direct feedback that newcomers would find helpful to their job search or promotion strategy. Effective feedback is important for inclusion.

While workplace practices may not intend to be exclusionary, they can end up being so. For example, social events that centre on alcohol or activities requiring knowledge of Canadian cultural references may make it difficult for some newcomers to participate. This can hinder their sense of belonging and make them feel like they are not valuable enough to consider.

When individuals lack the cultural competency to work with peers of different backgrounds, they may revert to preconditioned biases and stereotypes, or avoidance all together. “Unconscious bias” is often used to refer to attitudes held subconsciously that affect behaviours towards others. The term callously justifies harmful actions, centering the experience of the offender without acknowledging the impact on the person harmed. Organizations must respect the experiences of all employees, not just the dominant group, in order to foster inclusion.

Immigrant women often hear about employers’ commitments to inclusion in internal communications and promotional materials. However, in practice, they find that inclusion is not prioritized. The most cited motivations by hiring managers and decision makers for an equitable, diverse and inclusive workforce were to increase organizational innovation and agility (34%), to ensure fairness and morality (32%) and to help employers better understand and serve their customers or clients (31%). Yet turning intention into action requires more work. One interviewee commented that her organization does not know how to make use of international knowledge and experience in ways that could benefit their work: “I find the feedback I give — and I provide an international perspective — no one cares. I have gone to the highest levels I can, and it is just smiling and nodding despite the fact that I have heard them say they would love to hear an international perspective … Nothing has been acted upon … There are no follow up questions. It feels like a token gesture.”

In the GTA, immigrant women earn about 54% less, on average, than non-immigrant men aged 35-44 and 61% less than those aged 45-54. About 28% of GTA immigrant women professionals surveyed did not know how their salary compares to their peers. A similar proportion of respondents (29%) said they are paid less than their peers. In addition, about 2 in 5 immigrant women professionals surveyed said they were treated unfairly at work; the most frequently mentioned reason related to salary/wages (25%).

Lastly, but most importantly, immigrant women are assets. In the workplace, intersectional experiences must be seen as a strength, not a deficit or challenge to be overcome. Immigrant women professionals are highly skilled, resilient and adaptive. Employers who create environments in which all workers can thrive will set themselves up for success in the future.

The Toronto Region Immigrant Employment Council (TRIEC) helps employers capitalize on the skills and experience of newcomers to the Greater Toronto Area (GTA) and helps newcomers secure work in their field of expertise. In partnership with corporations, individual supporters, community organizations and governments, TRIEC works to remove barriers to the labour market and to support the retention and advancement of newcomers in the workplace.

We are excited to announce a new project which will be undertaking intersectional gender-based analysis of public policies to better understand their impacts on survivors and advocate for policy change. […]

Putting gender equity at the forefront of the Ontario 2018 election

Ontario Thrive is a non-partisan coalition of organizations and individuals coming together to ask political leaders and candidates for measurable commitments on gender equity in the Ontario 2018 Election. We want […]