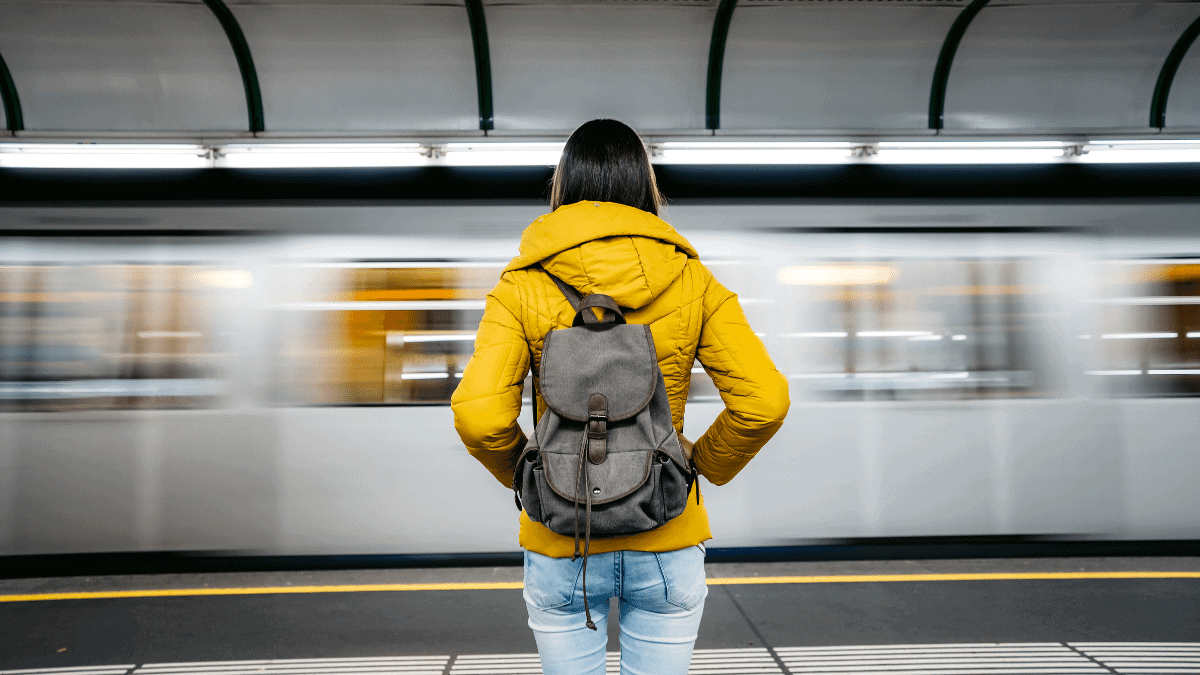 The mode and time of travel also impact how safe a rider feels. The subway was the type of transit where people felt most unsafe when compared to streetcar or bus. Riders also felt more unsafe when travelling in the evening or at night. At night, 57% of men felt very safe or safe, compared to 39% of women.

Public transit riders use various tactics to cope with feeling unsafe, and women are more likely than men to do so. Women said they were often on high alert (59%), used their phone to avoid unwanted attention (46%), avoided public transit in the dark (38%), got off at an earlier stop (37%), traveled with others (32%), or decided not to take a trip at all and stay home (16%) to avoid harassment or feeling unsafe.

The proportion of Torontonians who don’t feel safe taking public transit is alarmingly high,” says Demetre Eliopoulos, Senior Vice President, Public Affairs at the Angus Reid Group, “The fact that women are adapting their travel behaviour in so many ways, to the point where some are just opting to stay home, indicates that there is a fundamental accessibility issue at play here.”

Most of the public transit riders (82%) were optimistic and felt that public transit could be much safer with the correct investments and safety measures. When asked about which proposed safety measures would help end sexual harassment on transit, good lighting, security features such as a cameras and request-stop programs topped the list.

“Tackling sexual and gender harassment requires change at system, organizational and behavioural levels. This is no different when addressing sexual harassment on public transit.” Said Harmy Mendoza, Executive Director of WomanACT. “In addition to transit policies, services and infrastructure that promote safety, it is critical that transit employees and riders can identify harassment and intervene when safe to do so.”

While the majority (95%) of survey respondents said that it was important to have information on how they can intervene, only 56% of respondents reported that they would know how to intervene if they saw someone in danger on public transit.

In partnership with WomanACT, Angus Reid Group conducted an online survey among a representative sample of n=1550 adults in Toronto. The respondents are members of Angus Reid Forum. For comparison purposes only, this sample plan would carry a margin of error of +/- 2.5 percentage points, 19 times out of 20.

For over 30 years, WomanACT has been working closely with governments, organizations, and communities to eradicate violence against women through research, policy, education, and community mobilization. WomanACT uses research to promote public dialogue, transform practice, and shape policy to advance women’s safety and gender equity.

Angus Reid is Canada’s most well-known and respected name in opinion and market research data. Offering a variety of research solutions to businesses, brands, governments, not-for-profit organizations and more, the Angus Reid Group team connects technologies and people to derive powerful insights that inform your decisions. Data is collected through a suite of tools utilizing the latest technologies. Prime among that is the Angus Reid Forum, an opinion community consisting of engaged residents across the country who answer surveys on topical issues that matter to all Canadians.

What Ontario’s 2021 budget means for women: The good, the bad, and the missing

Last week, Ontario released its 2021 budget. The budget focuses on protecting people’s health and the economy, and it charts the Province’s plan to emerge from the COVID-19 pandemic. With […]

The economic recovery in Ontario must ensure women’s safety

The COVID19 pandemic may be novel, but the connection between violence and women’s economic security is not. As governments start to develop economic recovery plans, it is critical that women’s […]

Today we celebrated International Women’s Day at the Keele Community Hub with our York South-Weston Community. Caring for our Communities, Caring for Ourselves focused on the importance of non-profits in […]