Why do caregivers need care? 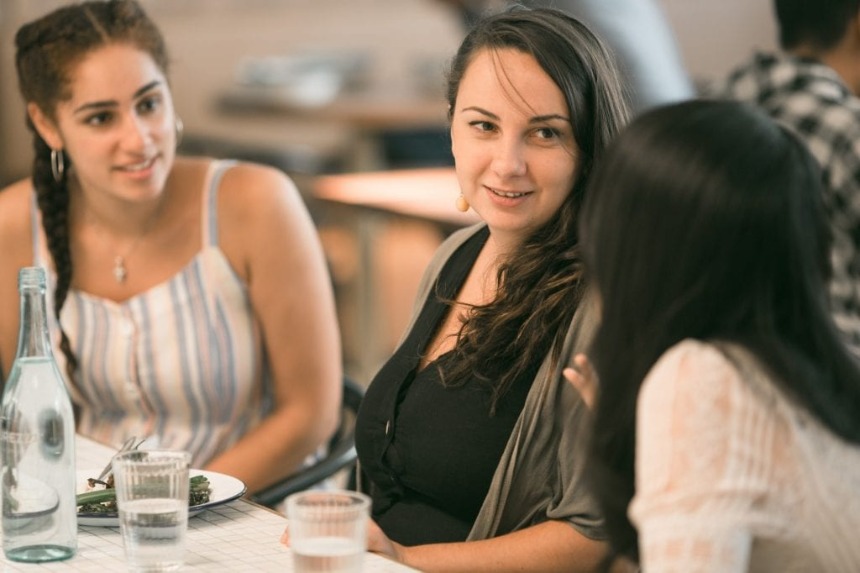 As part of their annual End Violence Against Women Week, the Woman Abuse Council of Toronto hosted over 250 participants per day for a week of education, training and discussions in Toronto, Ontario. On Tuesday morning, one of their featured keynotes was Dr. Gabor Maté, a physician, best-selling author and renowned speaker on a range of issues such as addiction studies and childhood development. His focus was centered on the idea of “compassion fatigue”, really premised on how to care for others while caring for ourselves. Compassion fatigue is more than just what is commonly known as ‘burning out’,  it refers to “the overall experience of emotional and physical fatigue that social service professionals experience due to chronic use of empathy when treating patients who are suffering in some way”[1]. It’s also been referred to as ‘the cost of caring’.  This is certainly a topic many people in the audience could identify with.

Dr. Maté is known nationally and is praised in harm reduction communities for his work in Vancouver’s downtown east side for over 12 years. If you’ve ever read his books, he weaves case studies with scientific theory, and his own experiences. The premise is that much ‘addiction’, mental illness or problematic behaviours is rooted in a common pathway: trauma – or hurt from one’s childhood, and the idea that the “patterns we develop around pain continue to generate more pain”.

Applying this to the case of compassion fatigue, Dr. Maté went on to explain that people who work with vulnerable communities can also be traumatized from working and hearing about other people’s trauma.  The idea of compassion fatigue then becomes also rooted in our own “stuff” – meaning it’s less about the nature of the work itself, but how we relate to the work and how we care for ourselves. More broadly, we often worry about others without taking care of our own emotional responses, and most often women are ‘programmed’, or socially conditioned, to take that role on. The idea of compassionate fatigue is what Dr. Maté more accurately described as lack-of-compassion-for-the-self fatigue. Further, it can be part of a deeper inability to say no, which can exacerbate the difficult nature of the work.

Very central to Dr. Maté’s talk was the mind /body connection. In fact, historically, different medical traditions around the world are very much premised on the idea that the two can’t be separated. But in Western medicine, although we have made lots of scientific advances when it comes to acute care, in dealing with chronic conditions, we often focus on simply alleviating symptoms despite what traditional wisdom has taught us about this interconnection.

So in this way an illness is not just individual, it’s also conditioned by social facts. For example, Dr. Maté described a study which included both children and mothers. The children of mothers who are stressed and depressed were linked to an increased likelihood of having asthma. Stress, then, can be a powerful social experience, which is not just emotional but also physiological. The centers in the brain that process emotion are connected to one unifying system that includes our hormonal apparatus, nervous system, heart, gut, and more, and any aspect will have impacts on other functions. It makes sense that emotions are deeply implicated in the development of illness. These are observations that Dr. Maté makes based on his own experience working with chronically ill patients, and really prioritizes the critical role of individual emotional make up in a variety of disease.

On the role of burnout, I appreciated the idea that burnout is tied to us having to deal with our own self, but also that many people, particularly those working with vulnerable populations, often forget about their own self-care. The health, both mental and physical, of frontline workers, is influenced by the conditions in which they live and work. Particularly with workloads increasing and funding being reduced across the community service sector, front line workers often put their own physical, emotional and spiritual needs aside.

I really enjoyed the talk, and questions ranged from sharing experiences to queries about how we can be better at identifying the need for self-care. One question I had centered on the idea of trauma and how we define these experiences. For example, I struggle with the idea that all addiction is rooted in trauma precisely because if you look hard enough, don’t we all have some experiences that can be interpreted as trauma? Do childhood stressors always manifest itself as elevated risks?  And if trauma really can be found or interpreted in anyone’s past (if we look hard enough), then how does this shape the explanatory power of how trauma affects our behaviours?

Overall, what really resonated with me was the need to listen to our bodies—and our gut, and unpacked a deeper source around the idea we know as “burnout”. Many people in the audience provide intensive support for others in time of transition and crisis. This work is arduous, demanding and complex, and often self-care takes a backseat. But every once in a while, the helper needs to be reminded to take care of themselves.

What Ontario’s 2021 budget means for women: The good, the bad, and the missing

Last week, Ontario released its 2021 budget. The budget focuses on protecting people’s health and the economy, and it charts the Province’s plan to emerge from the COVID-19 pandemic. With […]

Toronto, ON: Today, WomanACT and The Society for Canadian Women in Science & Technology (SCWIST) are pleased to announce partnerships with three employers who are dedicated to creating workplaces free […]

The impact of intimate partner violence on employment